Leave a comment
dating, Life, Life love and me, Love and Me, Uncategorized

Yup your read that right.

I should have known that I had a Malibu’s Most Wanted on my hands when he started to recite UGK lyrics on our first text chat. But I just chucked it up to a person with a diverse playlist that thinks a great way to engage a black girl is to recite rap lyrics

Ken was cute, enjoyed photography and had an amazing house in Malibu that overlooked the ocean. Ken would take me to some really nice restaurants in Los Angeles and spend tons of money on meals. Ken also would devour me in the bedroom. Can I just tell you after not being desired in the bedroom for a long time, MANNNNNNNNNNNNN did it feel great. I mean the man liked to eat, if you know what I am saying *wink.

So all of this, what would could be the problem?

Ken was the damn problem. Ken was a privileged white men who was born with a silver spoon that like black culture and therefore felt he had the right to speak about ……………………………………………………………..black culture. I would give the guys some credit if he did any work within the black community, but homie was too scared to even park is car near a Roscoe’s Chicken and Waffles. I spent most of our dates drunk by the time dinner came because I couldn’t stand to hear someone speak about issues they have never lived or met someone who lived but read somewhere. It was draining. I couldn’t go more into detail on what our conversations were like, but it would have to be a whole new blog titled; How Not To Be a Menace to South Central While Drinking Your Moscow Mule in Malibu; Boyz in Malibu That Listen to Music from the Hood; What your Fox News Facts has to do with it. <- if you do not get any of these references, you need to get a black friend.

This courtship only lasted 3 months. On our last encounter, I may have stopped him in the middle of talking and said, “I can’t continue”, Grabbed my wine and walked outside to call a uber. ( FYI I was at a restaurant and wine was not on the to go list)

I actually feel bad I even compared him to Malibu Most Wanted. At least he was culturally sensitive. 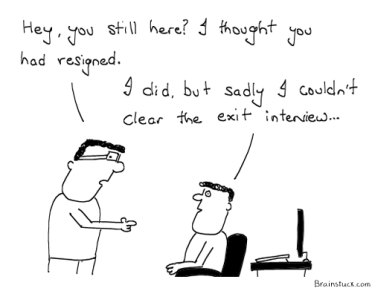 I feel that people are put into your life for a reason. The heavens put us at the same place at the same time when things are questionable in our lives. I was there to help you live and you were there to help me love. I will never question the heavens but I will just thank them. Without their guidance, I think we would both be in different situations.
I heard a song today that reminded me of you, so here is our exit interview………..

Currently Listening To : Color Me Badd – I Wanna Sex You Up

So I have these crazy super realistic dreams. I say am going to try to write them down, but why not blog about it.

Dream:
So I am in a club and pick up this guy and take him back to my place. Instead of getting down and dirty right away, we watch Leonardo DiCaprio movies. I then proceed to turn to him and ask him what’s his favorite DiCaprio movie. All of a sudden the guy turns in to Leonardo DiCaprio. So I proceed to give him a blow job. (How can you pass up an opportunity at Gilbert’s Grapes) But instead of having one dick, there is two!!! TWO PENISES chunking the deuce towards my mouth.

What the hell kind of dream was that. So here is what I think the dream meant.

1. I felt bad about him not getting an Oscar so he got a blow job.
2. I had a hotdog craving
3. I’m pregnant (not really but don’t all dream books say your pregnant)
4. I just really need to get laid

That pain in my chest is not a heart attack

I always question love. I love my friends and family. I love my cute cat named Clara. I love Lamp, but have I ever LOVED someone till my 30s, possibly may still be in love.  It felt good to tell someone you loved them and to hear it back. But are we together, no. My question is, if two people love each other, why aren’t they together? It makes sense, right? Or are you saying I love you to say it and not mean it? Why the hell do that, just seems mean and stupid. I am actually glad that I was able to feel what love was even if it ended with a broken heart. I now know that it is capable for me to do. Now will this happen again soon, hell to the no, that shit was not fun after the fact. But you never know :p
I found this poem I wrote on poetry.com maybe circa 2001. Don’t laugh at the poem, remember that I was 18 or younger who thought I loved the guy who let me borrow his pen in class yet I never knew his name. I think 18 me and 31 me has the same felling’s about what love may be.

You may have been affected

Accelerated heart rate
Loss of breath
Shakiness
Week joints
Severe stomach ache
Ringing in ears
Hallucinations of floating
Chill trough body
Genital or vaginal weirdness
Dryness of mouth
Sweating of palms
and more.
If experiencing any of these symptoms there is no cure.
You have been affected with a virus
A virus called love
Can be 24hr or 24 years
A virus I would love to catch
Yet it seems I am immune from the virus
Though I am experiencing some of these symptoms
My virus is caught early by a broken heart.

I have always been one of the boys, so I guess that’s where my nonchalant mentality to dating has come from or daddy issues, but we can get into another time. After I lost my virginity at 18, I spent most of my time having casual sex with no emotional attachment which is very easy for me. A couple of times I felt that I got caught up with feelings and shit, but as soon as that happens the guy just disappear or become a flake. So after enough time I have just put dating on the back of my head because I don’t want to get hurt.
As for being asked on dates, yeah that don’t happen. Seriously, I do not get asked out! If I do, it’s most likely by someone in their 70s who has a Diana Ross fetish or someone who is 17 who thinks I am in High School. IF I do get a digit exchange its most likely because I initiated first contact. So here is my question and the title of the blog. I’m pretty, Right?!
I have come across couples who completely don’t need to be with each other. Either one of them is unfortunate looking, or guys prefer that drama filled girl who cries at the Lion King! (that shit was pretty sad when the dad dies and stuff)
Guys seem to go for women who look completely fake from toes to nose or act completely fake. An unstable mess who is just filled with drama, a clinging heffa who needs you to contact them everyday or women who hates porn and thinks you drink too much.
Why pass on a down to earth chick who will not rob your wallet, go to strip club with you and can cuss like a sailor. I think these are all attractive qualities.
Anyhow, I have joined online dating to see what come out of that. So here is my journey and stories. Hope you enjoy and don’t get offended. Well if you do get offended then fuck off mate!